Paphos is the fifth largest city in Cyprus and is located on the southwest coast of the island; it has been populated since Neolithic periods and still preserves many historic buildings and ancient ruins. New Paphos (Nea Pafos) is the modern city that consists of the harbour, many resorts including hotels, restaurants, forts, theatres and villas.

The rapid development of consortium’s whilst maintaining the ancient feel of the city was one of the reasons why it was selected to become the European Capital of Culture for 2017. 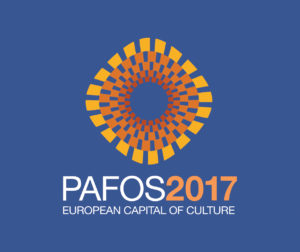 The European Capital of Culture is the most prestigious cultural institutions within Europe and is a momentous tribute for all cities and their inhabitants who are bestowed with the award. Being continually monitored by the European Commission ensures that the programme content of all European Capitals of Culture are maintained to the highest standards.

Paphos progressively lost much of its desirability as an administrative centre after the establishment of Nicosia. The city and district continued to lose population throughout the Middle Ages and Ottoman Rule and many of its residents moved to Limassol, Larnaca and overseas. The district remains the most unused and underdeveloped part of the island until the mid-1970s.

In around 1975, there was rapid economic growth in all sectors, especially tourism in the Kato-Paphos region. The Cyprus government started to invest heavily in irrigation dams and highway infrastructure and the building of Paphos International Airport; currently the second largest international airport in Cyprus.

In the 1980s, Kato-Paphos due to its interest in overseas tourism received the largest injection of state funding for renovations. In the 1990s, the Coral Bay Resort was further developed and in the 2000s, the Aphrodite Hills resort was established.

The entire of city of Paphos is a UNESCO world heritage site due to the high number of protected and listed buildings and monuments. Often likened to an open history book, history enthusiasts are assuredly spoilt for choice.

There is a tree located in Paphos which is said to fulfill wishes. The tree is located at the entrance to the Christian catacombs in Paphos and is decorated with many ribbons and colourful cloths. There is a myth that tying an adornment and wishing good thoughts will enable infertile women to bear children and those separated from loved ones will reunite shortly.

Paphos is made up of two areas: the lower town called ‘Kato Paphos’ which is by the harbour and where most of the consortiums, restaurants and nightlife and the upper town called Ktima Paphos which is where the main administrative, commercial and modern shopping town is located. Both areas are small enough to navigate on foot, although many people take transport to travel up the hill from the harbour.

Regular buses also run to Coral Bay, Polis and other surrounding attractions as mentioned in this article.