Spectacular views from entire site with a turquoise Mediterranean coastline stretching as far as the eye can see; Kourion is somewhere that captivates its visitors in different ways. This ancient city just outside Limassol centre is both an educational and peaceful day-trip. Admire the ancient Roman, Byzantyne remains steeped in history and relax with the perfect combination of sea views and foliage.

It was one of the most powerful city kingdoms of ancient Cyprus. The town flourished in the 13th century BC before being abandoned in approximately 1050 BC.

The earliest occupation within the Kouris River valley is the peak settlement of Sotira, located 9 km northwest of Kourion. This settlement dates back to the Ceramic Neolithic period (circa 5500 – 4000 BC). Another Ceramic hilltop settlement has been excavated at Kandou-Koupovounos on the east bank of the Kouris River.

In 1600–1050 BC, Cyprus was a settlement was occupied at Episkopi-Phaneromeni. Episkopi-Bamboula, located just east of Episkopi and west of the Kouris, was an influential urban centre as well.

This area is paradise for anyone who has an interest in archeology and ancient architecture. Mosaics and temples highlight the relevant perpetuation of the history of the island.

Don’t miss the ancient Hellenic Amphitheatre where cultural events are often performed. Check a calendar of events in a local tourist board to attend one of the many musical or artistic performances that take place at Kourion theatre, throughout the summer especially. Shakespeare’s many plays are common performances. Watching classical music concerts in an outdoor venue such as this one is an unforgettable experience.

A Nature Trail is nearby and well signposted for anyone more outdoorsy. 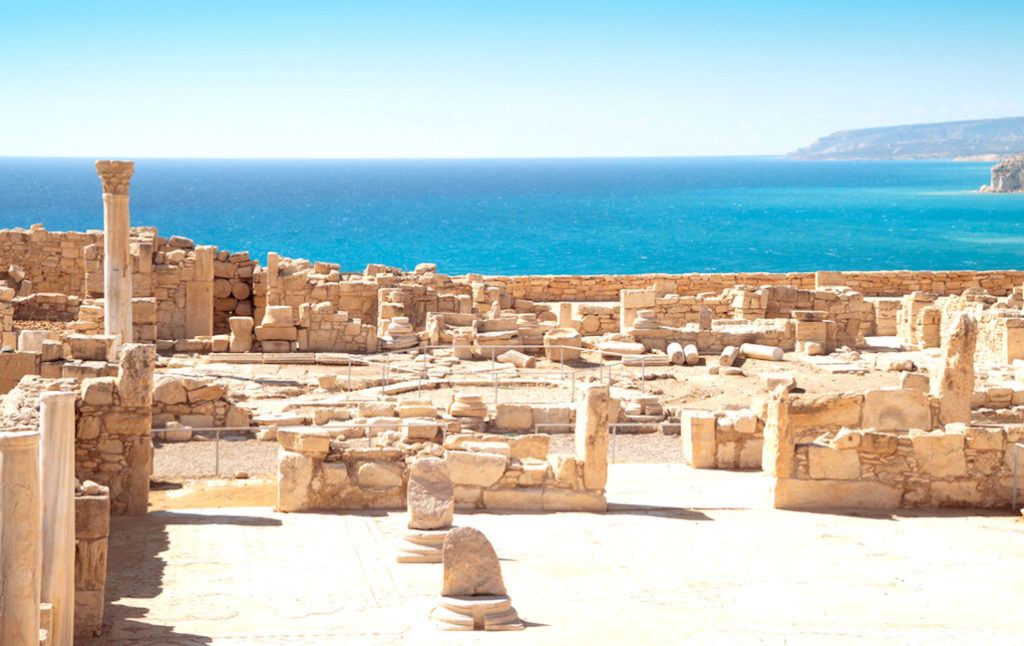 Kourion Bay is a leading paragliding area in Cyprus where you can take off on most days of the year due to the 320 days of sunshine the island gets. Many gliders from all over Cyprus and visitors to the island use the area as a launching spot.

Located southwest of Episkopi and 13km west of Limassol the site is easily accessible after renting a car and driving. It is a 20 minute drive from Limassol, and 30 minutes from Paphos and only 10 minutes from Episkopi village.

*Wear walking shoes and take water with you if visiting during the summer months, as the site is quite vast and there is some walking and climbing involved. You will need about two hours if you wish to visit the entire complex.